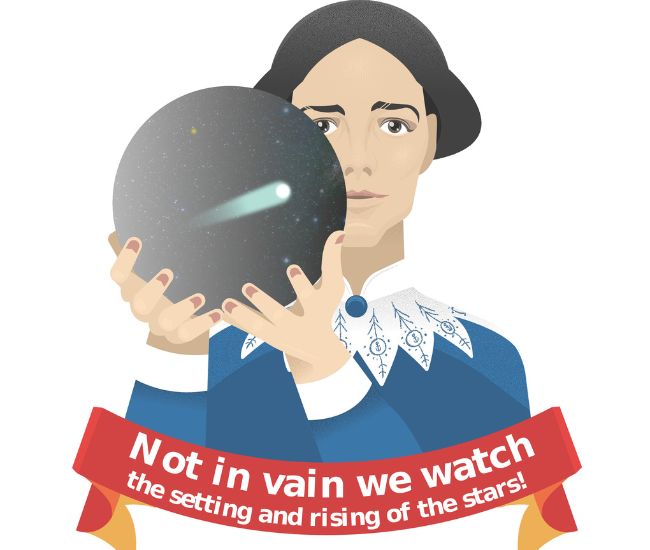 When you look up into the night sky, what can you see? You may think you need special training or machines, but it’s possible to see stars, planets, and even galaxies on a clear night with just your eyes. People who love to watch the sky are often called amateur astronomers. Anyone can become an amateur astronomer! Some people have even spotted brand new stars and space objects from their backyards. In fact, the first woman astronomer started out by looking at the night sky as a hobby – leading her to find a new comet. 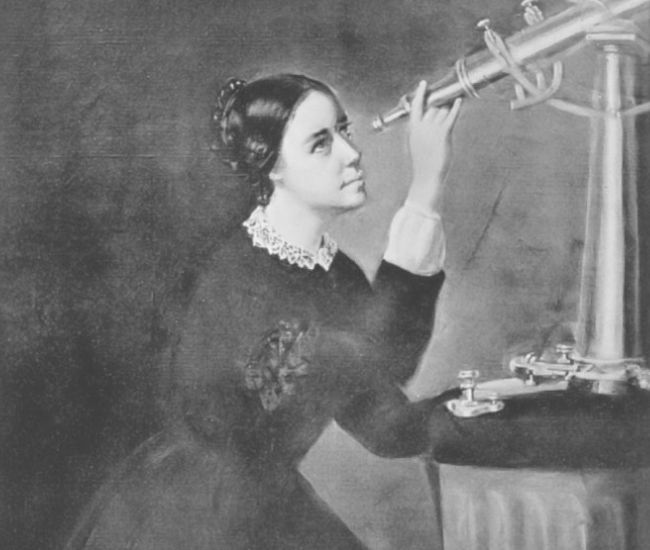 Born in 1818 in Massachusetts, Maria Mitchell grew up in a family that believed both boys and girls should go to school. Maria loved learning, just like her father. He used stars to make sure ships always knew where they were during long trips, and Maria often sat with her father to learn about science and space before bed. When Maria was 12, she helped him figure out the exact location of their home by counting the seconds of a solar eclipse. She was a quick learner, and by age 14 she could provide directions for ships all by herself.

As Maria grew up, she watched the sky each night with the family telescope to keep track of where the stars and planets were. This is called “sweeping the sky,” and amateur astronomers still do this today! On October 1, 1847, Maria saw a bright, glowing object moving across the sky. Because of her many years looking at the sky over Massachusetts, Maria knew right away that this was something she had never seen before. She had found a new comet! 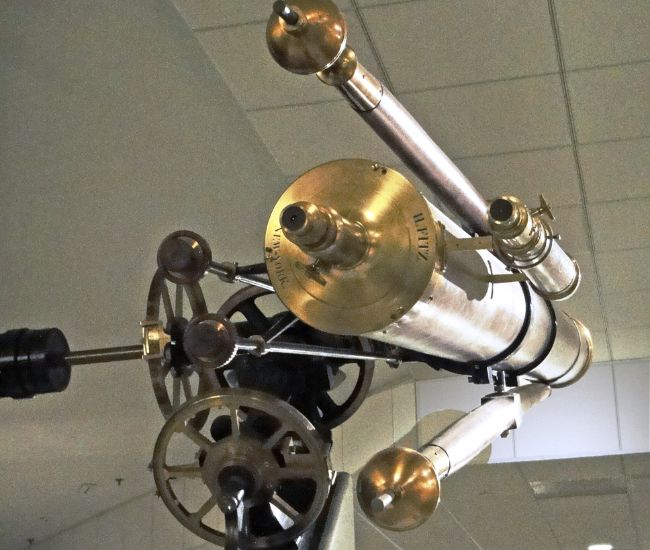 Maria was very excited and told her father, but she was too nervous to tell anyone else in the scientific community about her comet. She worried that other scientists wouldn’t believe her or take her seriously, because she was a woman. Almost all scientists at the time were men, and there were no female astronomers in America. Her father didn’t want her to keep the news a secret, so he wrote letters to his friends to tell them about Maria’s comet. It turned out, the King of Denmark was also offering a gold medal to the first person to see a new comet. Maria received the gold medal for her comet, which was named Comet 1847-VI, or “Miss Mitchell’s Comet.”

Because of her discovery, Maria was recognized as the first female astronomer in the United States. Throughout her career as an astronomer, Maria loved teaching and sharing science with young girls. In 1865, she became the first teacher at Vassar College. Maria lived in the college observatory and taught girls about astronomy, science, and math. The girls at Vassar liked having Maria as a teacher, because she would often take them on field trips to watch solar eclipses. Many of the girls looked up to her as a strong woman in science. 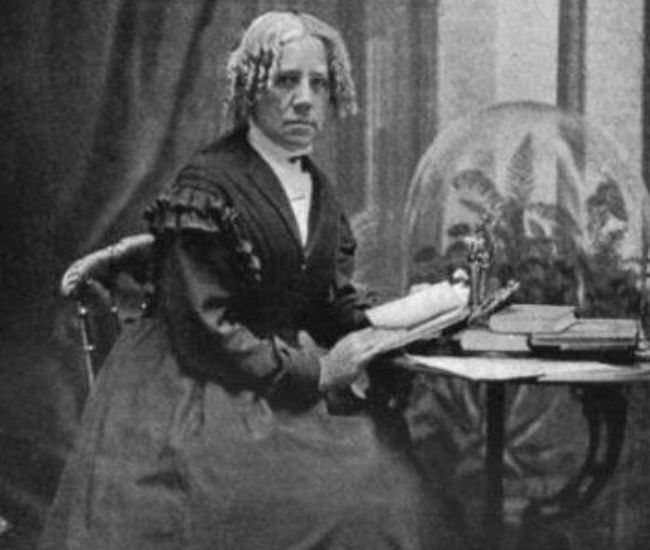 Maria also fought for other girls to have a place in science. During one trip to London, Maria visited a school where girls were not taught any science classes. Instead, the girls were only taught about the arts! After her trip, Maria went on to help start a new group in the science community to help women who wanted to become scientists. She treated her students as equals and spoke out about including science classes at women’s colleges. Maria showed that astronomy can be for everyone. Even you and me, from our bedroom windows, can change the way we understand our world and space beyond. All it takes is the curiosity to look up!

Amateur astronomer: a person who looks at the night sky with the naked eye, binoculars, or telescope as a hobby.

Comet: a bright object made up of ice and dust that travels around the sun, often with a long tail behind.

Solar eclipse: an event that happens when the moon passes in front of the sun and blocks the sun’s light from view.

Observatory: a place or a building that is used for watching, or observing, the sky and space.