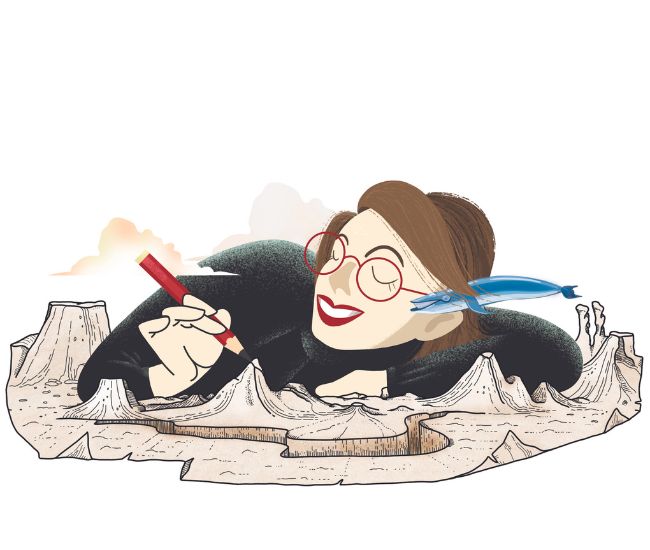 Today we know that the continents used to be connected together as Pangaea. Just look at Brazil on a map, and it’s not hard to imagine it snuggled up into the curve of Western Africa. But in the 1920’s, geologists thought this idea was crazy.

At this time, a young woman named Marie Tharp started looking carefully at echo-soundings from throughout the ocean. To make an echo-sounding, a ship makes a noise underwater and then measures the time it takes for the sound waves to bounce off the seafloor and come back to the ship. Echo-soundings provides information about the water depth underneath the ship you’re on. If you drive the ship around all the world’s oceans making echo-soundings, you can get an idea of how deep the water is everywhere.

More importantly, her map showed a giant valley running straight through the middle of the Atlantic Ocean. It looked like a scar left over from pulling continental plates apart. And she found the same thing in the Pacific, Indian, Arctic, and Southern Oceans. Marie had found amazing evidence for the theory of plate tectonics!

Unfortunately, no one believed her. Not yet…

First, Marie had to make much more detailed drawings. She used echo-soundings from every ship she could find to re-do her work. Around that time, she started working alongside another young researcher named Howard Foster. He was mapping earthquake locations on the seafloor. The data weren’t as detailed as Marie’s echo-soundings, but they were good enough to show something amazing: The quakes were happening in the same places as Marie’s mid-ocean valleys. Something violent was happening in those valleys. Her idea that the valleys were actually the scars of separating plates became much more believable.

Marie did all this without ever setting foot on an oceanographic ship. Men wouldn’t let her onboard, because they thought woman were bad luck. Clearly, that is not true. 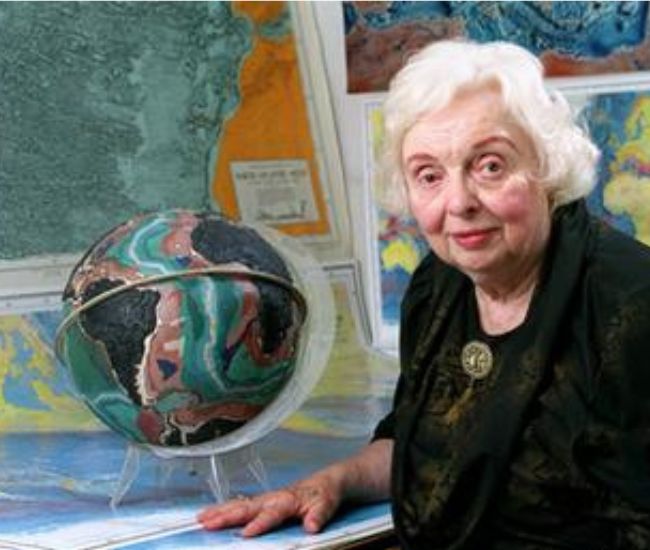 It took years of work from many scientists to gather enough evidence for plate tectonics to be taken seriously. But Marie was one of the first one to show it – even with lots of people telling her she was crazy. Amazingly, her hand-drawn, seafloor maps are so good that they are still useful to oceanographers today. They are almost an exact image of what the ocean would look like if you drained all the water from it. Looking at her maps, you can get the feeling of what it would be like to fly through transparent water in a submarine, looking down at the seafloor. Since oceans cover over 70% of our planet, Marie introduced us to the majority of our Earth’s surface. She allowed us to dream about what life would be like at the bottom of the sea!