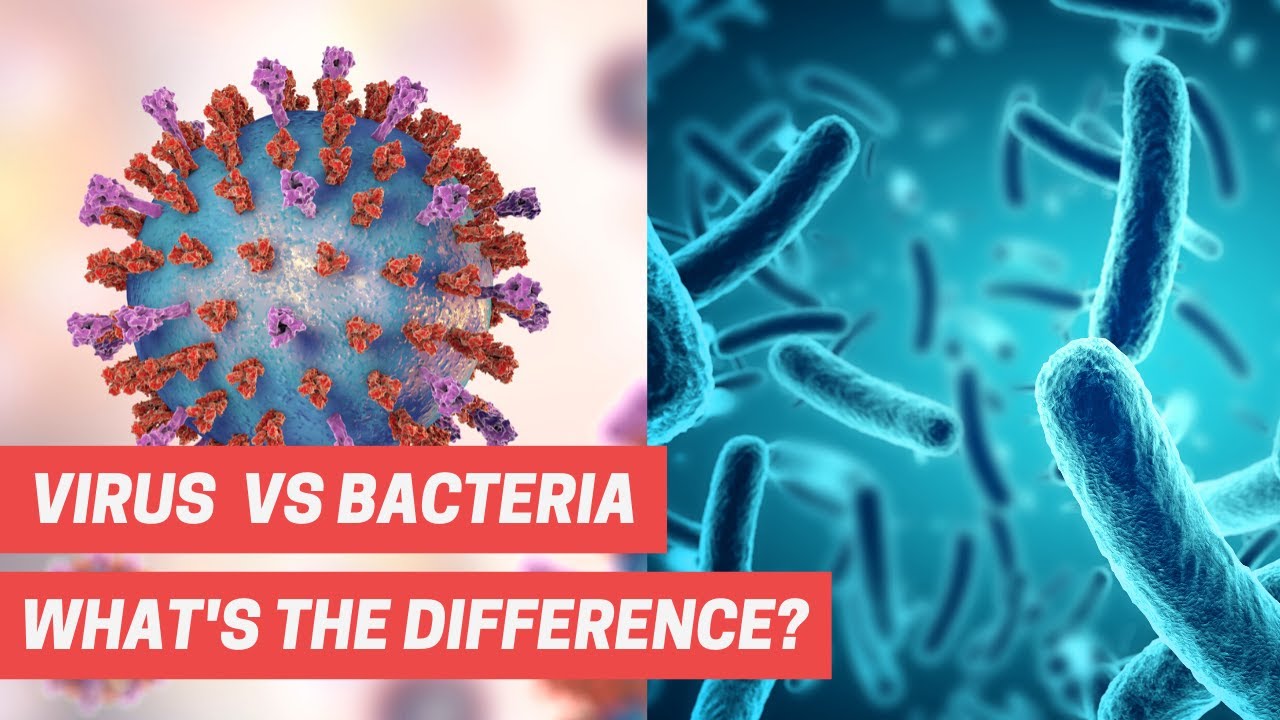 Difference between Virus and Bacteria

Both viruses and bacteria are microbes and can cause diseases in humans. While they share some similarities, they are also very different. Here are some of the ways that they differ from each other.

The main difference between bacteria and virus is that bacteria are living cells, capable of reproducing and surviving on their own.

Viruses are considered to be particles that are somewhere between living and nonÂ­living. They need a host cell to replicate and survive.

Bacteria are prokaryotes (single celled organisms). The cells are surrounded by a cell membrane and contain nutrients, proteins, DNA and all the other essential components needed to live and replicate on their own.

Viruses on the other hand cannot survive on their own. They behave like parasites, relying on a host cell to reproduce.

Once inside the cell, the virus hijacks the host cell’s machinery to make more viruses.

A virusâ€™s body consists of its genetic material, either DNA or RNA, enclosed by a protective protein coat called the capsid.

When compared to viruses, bacteria are giants.

The smallest bacteria are around 0.4 micron (one millionth of a meter) in diameter. They can be seen with standard light microscope.

This makes most viruses submicroscopic: unable to be seen under a light microscope.

Viruses can be seen with electron microscopes which have much higher magnification power than light microscopes.

Bacteria are found everywhere on Earth.

Inside our bodies, we have tens of trillions of bacteria making up our gut micro biome, and trillions more living, usually harmlessly, on our skin.

They can even grow in harsh conditions like acidic hot springs, radioactive waste and deep portions of Earthâ€™s crust.

Viruses can infect all life forms such as animals, bacteria, plants and archaea and can be found in almost all ecosystems on the Earth.

Most bacteria are not harmful.

Many beneficial bacteria are essential for our good health (probiotics) and the overall health of most of Earthâ€™s ecosystems. Only 1 percent of bacteria cause infections. They cause mostly localized infections such as, strep throat, tuberculosis, and urinary tract infections (UTI).

Bacterial infections are treated with antibiotics that kill them or stop them from multiplying.

While most viruses are pathogenic and harmful, just like bacteria, not all viruses are bad. Some viruses, called bacteriophages, can kill harmful bacteria.

Infections caused by viruses at a young age are also very important for babies to ensure the proper development of immune systems.

Thanks to advances in scientific research and advances in technology, we are able to understand more about the complexities of the vast microbial world that is invisible to our eyes yet form an integral part of our lives.