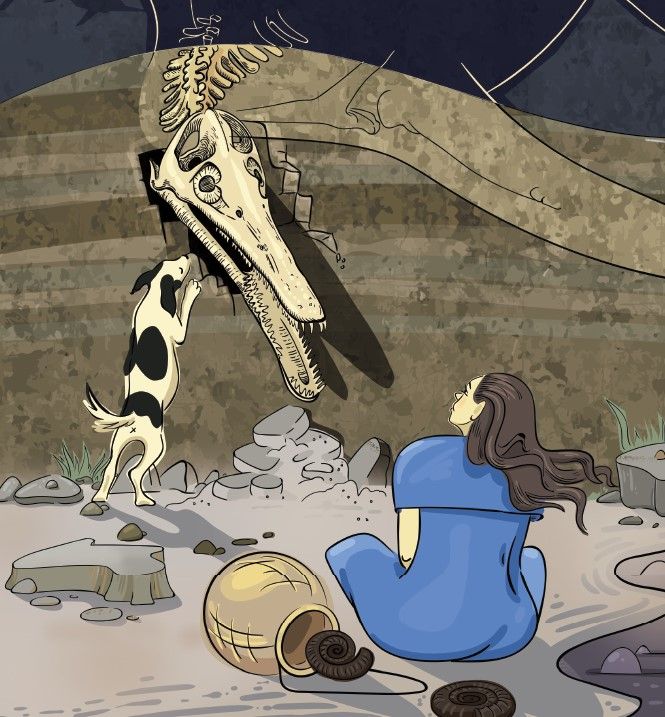 While scientists were trying really hard to expand the fossil record, a young English girl was dedicated to searching through rocks on the beach. She was on the hunt for things she called ‘curiosities’ – unusually shaped bits of rock that she would sell to help support her poor family after her father died. Her name was Mary Anning. And while she didn’t know it at the time, she and her scruffy black and white dog Tray were about to be at the forefront of new dinosaur discoveries. They were about to change the way the world thought about our planet forever. Here are some facts about Mary Anning that you would love to know. 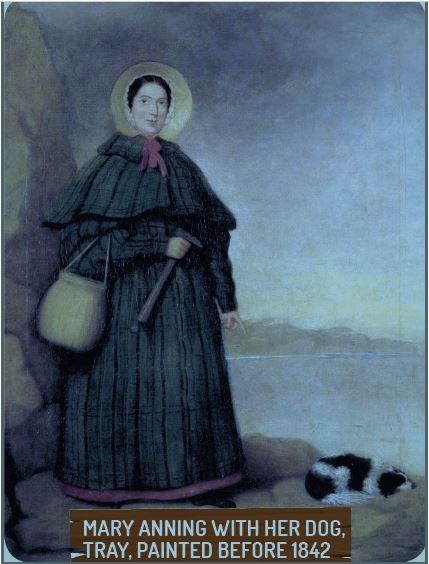 When was Mary Anning Born?

Mary was born in 1799, and she lived in a small seaside town called Lyme Regis in England. Over 200 million years ago, it was deep underwater, and so the area around her home had many ancient treasures buried within the rock. Just like her dad, Mary was a born adventurer. She often went fossil hunting after storms, because bits of the cliff would fall and expose new rocks for her to break open.

What did Mary Anning discover?

Have you ever seen a fossil? Maybe you’ve held one in your hands and touched your fingertips on the ridges imprinted into the rock. You can probably even recognize the beautiful swirled shape of an ammonite. Maybe you recognise the distinctive teeth of ancient dinosaurs. But for most of human history, we had no idea what created these strange rocks.

It’s hard to find dinosaur skeletons. Sometimes they’re so small you can easily miss them, and sometimes they’re so big they just look like any other rock on the beach. But it was even harder to find dinosaur skeletons when nobody knew what they were looking for. Can you imagine trying to complete a jigsaw without ever seeing the front of the box? That is what the world’s first paleontologists were doing. The more they found, the more they could understand what our planet looked like long before humans. But it wasn’t an easy task.

When she was just twelve years old, Mary discovered the first complete Ichthyosaur. It took her months and months to carefully chip away at the rock. But when she finally revealed the skeleton of the “fish-lizard,” the 10-meter-long creature created a sensation across the world! Until then, people had believed the planet wasn’t very old at all. But this discovery (and many others like it) started to show that the Earth had been home to life for millions of years. Then, in 1823 she discovered the Plesiosaurus, and then the Pterodactyl in 1828! She collected hundreds, maybe even thousands, of samples throughout her lifetime. 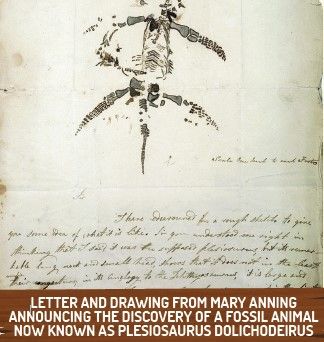 Why is Mary Anning and her discoveries so important to Paleontology?

Her love of fossils, and her scientific approach to their discovery and preparation, quickly inspired other people to become interested in the subject. Palaeontology became popular throughout England. But you won’t find many science papers with Mary’s name. Even though many scientists wrote about her work (including Charles Darwin!) and bought her fossils, they did not credit her work – because she was a woman. Even the Geological Society of London refused to let her become a member.

Today, Lyme Regis is still one of the best places to find fossils. And Mary Anning’s work is on display around the world, including at the Natural History Museum in London. Millions of visitors come to see the treasures in their glass cases, and they continue to inspire each new generation of palaeontologists. Mary Anning’s legacy continues as one of the greatest fossil hunters who ever lived. 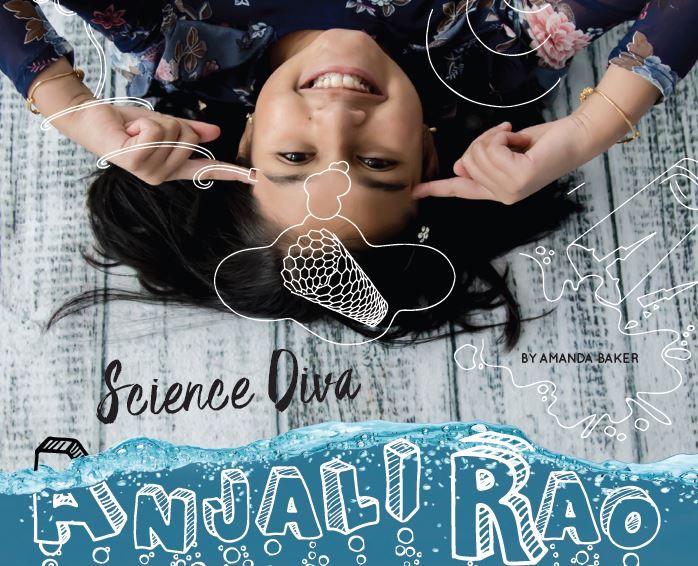