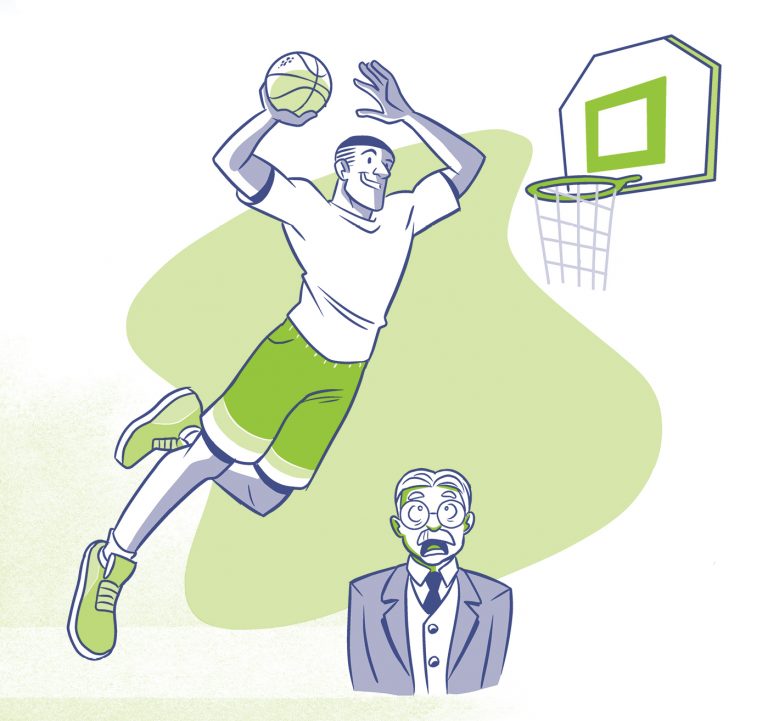 It‘s hard to imagine the first game of basketball, played in Springfield, Massachusetts, in 1891 and watched by its inventor, Dr. James Naismith. A peach basket hung 10 feet above the playing area with no backboard. Nearly all the players were under six feet tall, and scoring was so rare that the basket still had its base—someone had to climb a ladder to get the ball down if a player did manage to score. Not exactly the Harlem Globetrotters!

If Dr. Naismith were around today, he’d surely marvel at the players’ speed, passing, shooting accuracy, and perhaps most of all, the slam dunk. He’d probably pinch himself if he saw players leaping up, hanging in midair for what seems like an eternity, and then slamming the ball down through the hoop. Now even modern spectators sometimes can’t believe their eyes—or their memories. Did Michael Jordan really float like that? Did Dwight Howard really complete an alley-loop on a 12.5-foot-high rim? Did Candace Parker and Brittney Griner just throw it down, too? Holy jumpin’ Toledo, what’s going on around here?!

LeBron James, Kevin Durant, and Michael Jordan might tell you different, but the truth is that all these “high-fliers” are subject to the same laws of motion as the rest of us. The amount of time they spend in the air depends not on an ability to float but on the force of their jump, because a powerful jump will lead to more time in the air.

Newton’s laws of motion tell us that an object falls at the same rate that it rises. The time from the jump to the landing is called “hang time.” Even the best players, jumping about three feet vertically, have a hang time of only about 0.85 seconds. They can use tricks, like tucking their legs up to make their jump seem higher, or holding onto the ball until they start coming down to make it seem as though they’ve been up longer. But nothing can keep them airborne longer than our old buddy Newton would predict. This experiment won’t get “tricky,” but it will drive home the connection between upward forces and the length of hang time 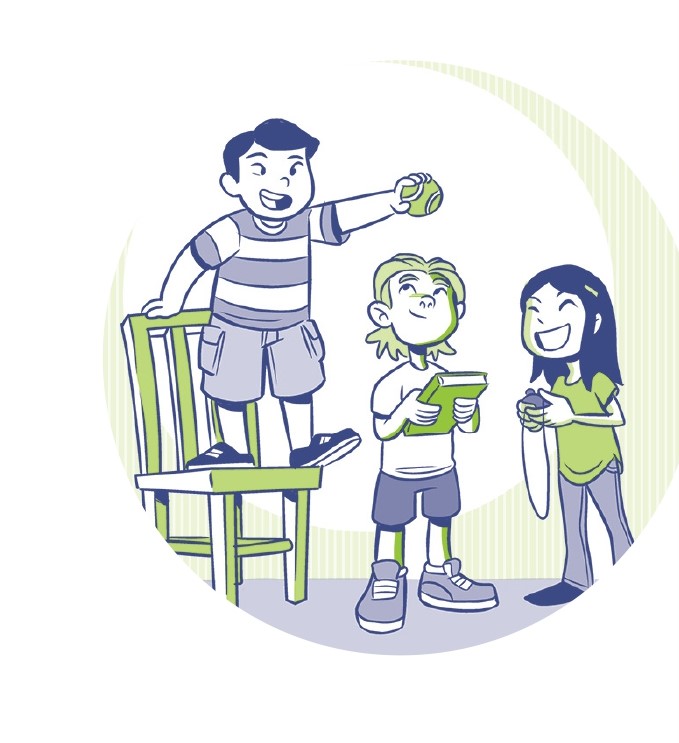 1. Have one friend act as a timer while the other will be the “ball dropper.”

2. Take the smaller paperback and prepare to use it to bat the tennis ball upward.

3. Ask the “ball dropper” to hold the ball high above your book. Your other friend should be ready to start timing.

4. At the count of three, have the ball dropped. The timer should start when you hit the ball and stop when the ball lands.

5. Repeat Steps 2 to 4 with each of the other books in turn and note the different times.

This is an outdoor experiment—you don’t want to damage anything inside, plus you’d probably hit the ceiling and throw off your timing! 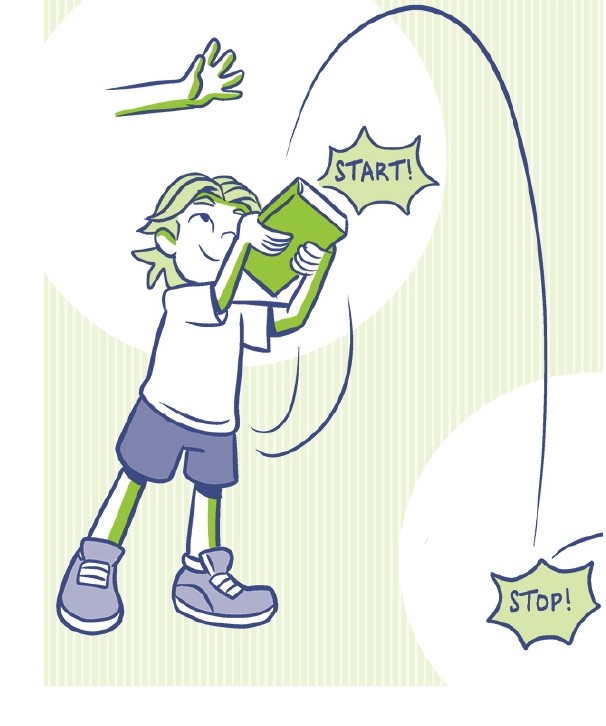 This is one of those “two for the price of one” experiments. The first is a comparison of the different momentums as you use each book. Remember that momentum is the result of mass × velocity. Assuming you swung each book at the same speed, you could say that the velocity was the same. But the mass increased with each book, so the momentum also rose.

Remember, too, that the key to slam-dunk success is hang time, and that all depends on the force of the jump sending the player higher. Well, increasing the force of each tennis ball “jump” in this experiment should have led to greater hang times (which your friend timed). Is that how it worked out? 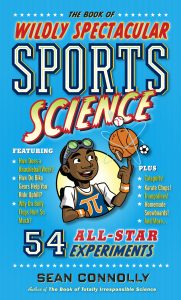