Why is it that so many of us think of the things we do for fun and the things we do for school as two separate parts of who we are? Art and science. Hobbies and homework. But sometimes two parts that feel separate can come together in a way that is better than either part on its own. For Dr. Cynthia Sung, who runs her own robotics lab at the University of Pennsylvania, her passion for robotics and love of origami have come together in a career that feels like a perfect fit. Cynthia’s family tells a story that brings her love of working with paper back to her early childhood. Cynthia was vying for her mother’s attention. Busy, her mother told her to “go do something constructive.” To five-year-old Cynthia’s brain, that meant her mom wanted her to do something with construction paper. Cynthia’s mom found her later surrounded by a mess of paper and deep in the process of “building a house.”

It allowed me to expand my understanding of what engineering was, but also find other people like me to interact with.

Cynthia’s love of science and math also had early starts, even leading her to take part in a mental math competition in her spare time. When a new robotics club formed in her last year of high school, Cynthia had her first chance to build a physical machine. Though their methods were generally limited to trial and error, the club and the parent who started it got Cynthia excited about mechanical engineering. When Cynthia got to college, she learned what a pleasure it was to concentrate on the things she was really interested in. There had been other kids in her high school who liked science, but most of them wanted to be medical doctors. According to Cynthia, “That just wasn’t what I liked to nerd out about.” College provided a group of friends and classmates who shared her interests.

Most of Cynthia’s engineering classes focused on practical applications, but her systems and signals class about dealing with streams of data promised to be very theoretical. Cynthia was shocked to be able to see how these abstract concepts translated into real impacts. “Being able to see those very practical consequences blew my mind,” she said. She added more math and theory classes and used them in ways she never imagined. When it came time for graduate school, Cynthia found an excellent fit at MIT with an advisor studying distributed robotics. 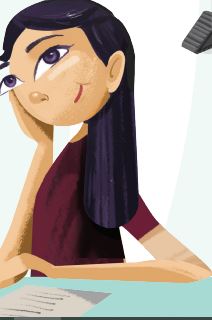 Cynthia was excited not only to study how groups of robots work together and make decisions, but also to be part of a team that always kept a focus on how those computer science questions connected to the physical hardware involved. Again, two sides came together to connect the theoretical to the practical. Most hardware systems in distributed robotics are limited by the number of robots that can be built. They can be expensive, sophisticated, and even require special equipment to produce. Any research on large numbers of robots was done using computer simulations instead of swarms of physical machines. But what if you could fold robots out of paper? What if there were robots that could be cheap, fast, and easy to reproduce? Cynthia started working with a postdoc who had worked in micro-robotics, where folding was more common. They started experimenting with origami designs.

I discovered my research could incorporate one of my hobbies, and I became much more invested in how to design, fabricate , integrate electronics, and make guarantees about performance”

Designing the robots their team needed led to a new question. How could they help other people design robots they needed without having to repeat all the same steps? Cynthia and her colleagues set to work on a program that would allow users to drag and drop the qualities they needed a robot to have and have the algorithms provide a design for how to make it. With the right lab equipment, you could go from design to a fabricated robot in under an hour! Even more questions followed. How could you take these origami concepts, where most of the math is focused on structures that don’t move, and determine the math behind origami structures that were designed to be in motion? How do
you go from swarms of robots that move to origami robots that can actually do real work – move a mass from here to there? 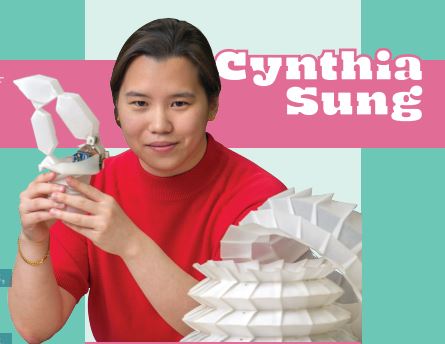 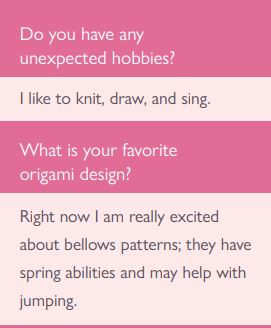 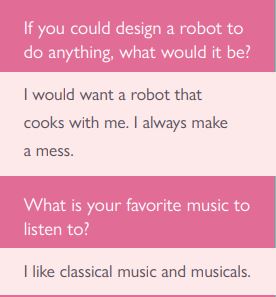 Whether she is building programs that help other people design robots, exploring new folding patterns, helping her students, or coming up with new questions, we can be sure that Cynthia is combining her interests and spending her time doing something constructive.

Click here to purchase this issue for a kid who aspires to become a Roboticist.

Read more on Cynthia and her research here