How do Hurricanes Form ?

A typical hurricane begins all the way in Africa. At the edge of the Sahara desert, hot, dry air meets the cool, wet air over the coastal forest. These air masses are so different from each other that they make wind where they meet. The wind blows to the east and is called the African Easterly Jet. The African Easterly Jet wiggles around. Every two or three days this creates a “wave,” that can become a group of thunderstorms. Most of these thunderstorms break apart. But some of them get STRONGER and STRONGER.

What weather conditions create a Hurricane ? 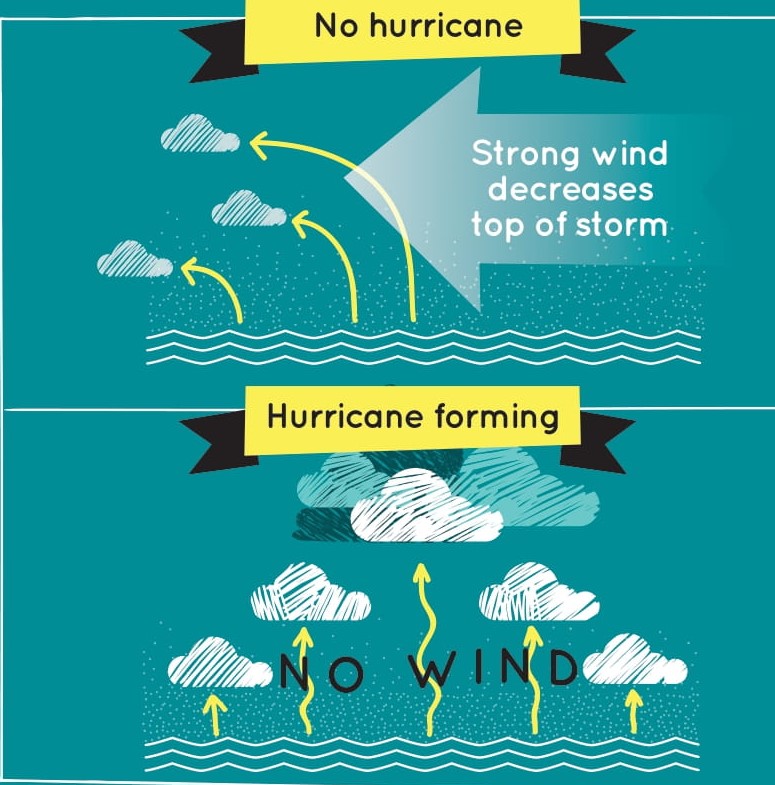 Clouds form around the group of thunderstorms through condensation. Condensation releases heat. The heat causes air to rise. When the air rises then more air rushes in. All this air movement creates wind. As the storm gets bigger, Earth’s rotation causes it to spin. Now the giant, spinning storm is like an engine. It will become stronger and more organized as long as it has fuel.

What is the source of energy that drives a hurricane ? 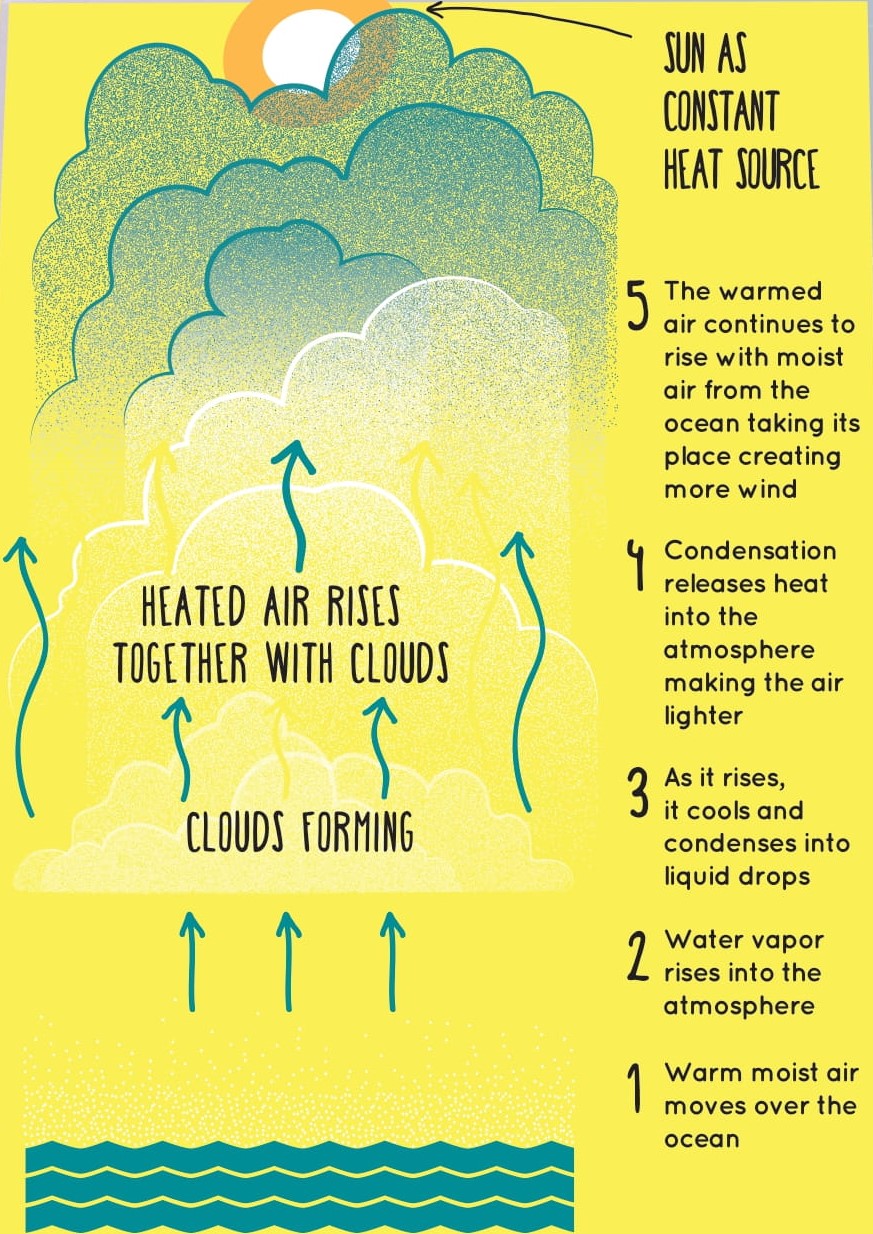 How Do Scientists Track Hurricanes?

Scientists use many tools to track hurricanes. First, they watch carefully for storms forming off the coast of Africa.

Scientists use instruments mounted on satellites to look at the weather around a storm. This can tell them whether it is likely to develop into a hurricane. Is the water in the storm’s path warm enough to fuel a hurricane? Are the winds above the storm strong enough to prevent a hurricane from forming?

Once a hurricane forms, scientists continue to pay close attention. They look at photographs of the hurricane, but that only tells them part of the story.

Satellite instruments help scientists to learn about the hurricane’s structure inside the clouds. This can help them to predict how strong the hurricane will become.

Highly detailed information about the weather over the ocean helps scientists to predict where the hurricane is going.

How Do Hurricanes Form?

Hurricanes Harvey, Irma, and Maria Pummeled the Caribbean and the US in 2017

Three massive hurricanes created widespread destruction in the United States and the Caribbean in 2017: Harvey, Irma, and Maria. Hurricane Irma had the second-highest wind speed ever recorded from a hurricane. Maria had the eighth highest.

Between August 25th and September 23rd, hundreds of people died. Hundreds of thousands more lost their homes. The devastation was spread throughout the Caribbean, Texas, and the southeastern United States. 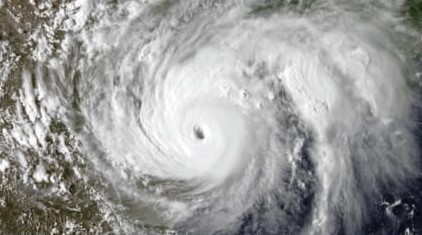 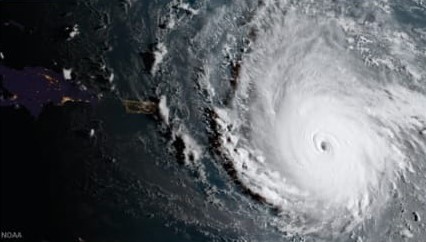 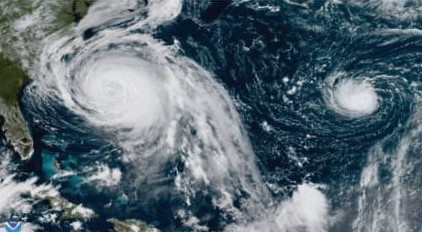 Want to Learn More About Hurricanes and Weather?

Do You Want to Track Hurricanes?

Did you know there are weather camps all over the country for kids just like you? Check out these links to learn more ! Some of these programs are completely free.
https://www.varsitytutors.com/classes/camps/weather-wonders-camp
https://www.sdsmt.edu/Academics/Events-and-Outreach/Summer-Camps/Camp—Wild-Weather/