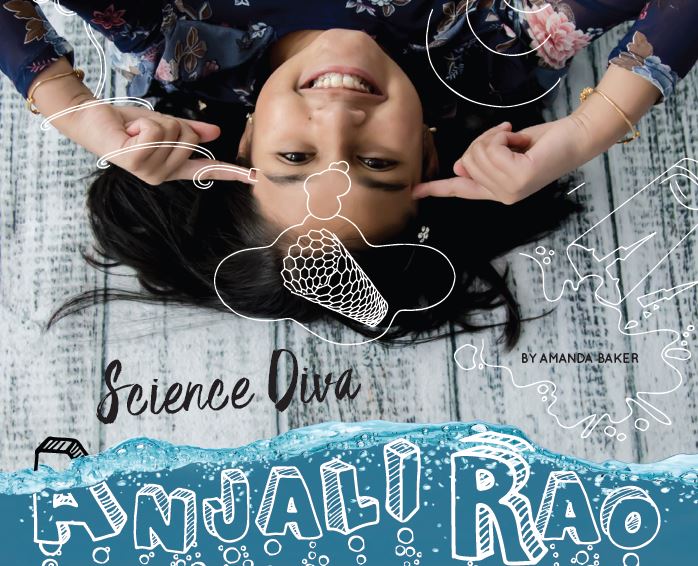 Gitanjali Rao had two minutes to convince people that an 11-year-old girl from Colorado could do something about the Flint water crisis. Her video earned her a spot as a finalist in the Discovery Education 3M Young Scientist Challenge and a chance to work with a scientist mentor. And after months of hard work, and more than a few moments of doubt, Anjali emerged as the winner and was named as America’s Top Young Scientist.

1. How did the Flint water crisis come to your attention and how did you decide that you wanted to do something about it?

I originally learned about it from my 4-H club. We were talking about water quality with oil spills and chemicals in water and ended up discussing the lead problem in Michigan. For a while I was just following the water crisis, but I didn’t actually think about coming up with a device until I saw my parents testing for lead in our water. They were using the test strips, which took multiple tries and turned out not to be very reliable. So I wanted to change that not just for my parents, but for the rest of the planet.

2. What was the process of coming up with your device really like? What steps did you take?

The first step is always research. I knew what the problem was, but I needed to figure out which technology I wanted to use. So I went to MIT’s Material Science Department page, where I learned that carbon nanotubes can be used to detect gases. They had so many videos and pictures that I could actually visualize what they were talking about. And I thought if they could detect gases, maybe they could be used to detect lead in water.

I started to put ideas together and had to figure out how to make it react to lead so that there would be a change in the flow of electrons. Then there was the question of how to have it to display. Did I want it to light up a red, yellow, or green LED or did I want to send it off to a mobile phone? And then finally I started to think about the user experience. Clearly a user wouldn’t want a box with electronics on the outside, so I knew I wanted a compact container and came up with the idea for a cartridge.

3. Did you run into any notable roadblocks? How did you come up with ways to get around them?

Yeah, there were so many roadblocks. Not having safe lab accessibility was a big problem. Since I was dealing with substances like lead and carbon nanotubes, they could potentially be hazardous to our health. So I needed access to a facility where it would be safe to work with the materials. I had to email so many professors for almost two months, and I didn’t get anything. It wasn’t until a month before the final date that I asked my school chemistry lab, and I was able to work there. But then I only had a couple of weeks to put all of my results together.

4. So which came first – coming up with these ideas or deciding to take part in the discovery education 3M Young Scientist Challenge?

I had originally participated in the Young Scientist Challenge last year and received the award of the State Merit Winner for my tool to detect snake bites. So this year I had this device in mind for a while, but it didn’t seem realistic. It was only in those last few weeks before I submitted my entry video that things started to come together. I had the competition in mind, but I also had this device in mind. So eventually I wanted to combine the two and see if I could get the chance to develop the device further. The main thing for me was to meet other kids who love STEM as much as I do, get feedback from the judges, and spread awareness about my problem.

5. When you got to the point where you got to work with your mentor – Dr. Kathleen Shafer – What was that process like? 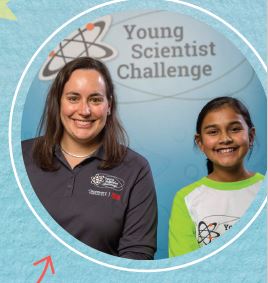 Without Dr. Shafer I seriously would not have been at this point. On the technology side she helped me by introducing me to nanotube simulation on my computer, which I hadn’t heard about before. On the process side she helped me with my experimentation plans and making sure I met all of the safety and disposal requirements as well. Near the end she also helped me refine my final presentation. And because she lives in St. Paul and I live all the way in Colorado, we had to do everything in Skype calls once a week. I was a bit nervous on the first call, but once we started talking about my device I felt better about it. I looked forward to our calls every week.

6. Was there any point that you thought that maybe you were getting in over your head or doubted your ability to do this? What advice would you give yourself about those doubts?

Originally when I had the idea I was really confident that I could do it. But then I started realizing how much work was going to have to go into it. I started to get really doubtful and wonder if maybe I should think about an easier problem. With the help and encouragement from my parents, and then my mentor, they helped me get supplies and just keep moving forward until I had a working device. When I think about those doubts, I would go back tell myself not to be afraid to ask or even try. When I would fail at an experiment at the beginning I would kind of freak out and try to give up. But now I know that failing is just a “First Attempt In Learning” technically, and it’s very interesting to see that I probably could have made progress much faster if I hadn’t been so ready to give up when things went wrong. Also I would tell myself not to be afraid to ask about anything, because asking is just another way to learn. 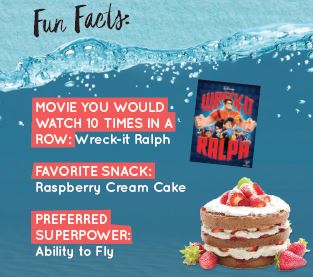